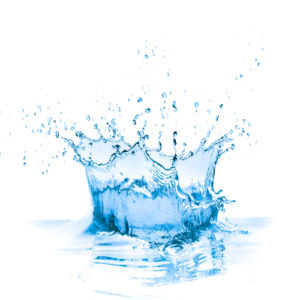 It is hard to believe that the raw material water (H2O) plays a major role in the production of high-quality cosmetics. Why it is so important, we would like to give you a brief explanation here. Water is a so-called information carrier and the larger its surface area, the more information it can store and transport. Our water is therefore first cleaned in a very complex process using osmosis and then levitated. Levitated water also means “revitalized water”, “energized” or also “vitalized water”, whose original structure has been restored. Levitated water is enriched with ambient oxygen in a counter-rotating centrifuge at several thousand revolutions per minute to increase the surface area. It has a particularly good ability to penetrate and thus promotes the flushing out of metabolic waste products from the cells. It also supports the deacidification in the cells. 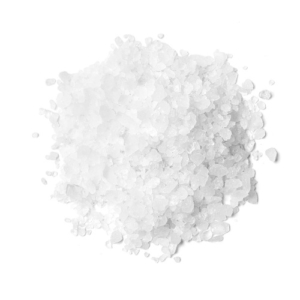 About 250 million years ago in the age of Permian, the Zechstein Sea was formed. Large parts of present-day Germany were covered by seawater as a result of climate changes and the tectonic subsidence of the earth’s crust.  During repeated shifts, shallow sea areas were separated from the oceans by upstream elevations (“bars”).

Since the inflow of fresh water from rivers into these areas was lower than the evaporation, the minerals dissolved in the seawater gradually concentrated. If the concentration depends on the mineral, this is called saturation of the solution. Further evaporation then causes the minerals to precipitate and sink to the bottom as solid matter. After long periods of evaporation, sodium chloride finally settled as salt layers on the bottom of the sea area. If the depression finally falls completely dry, solids such as clay minerals are deposited on the bottom.

A hundred million years ago, this process of dry and flood phases was repeated several times, resulting in salt layers several hundred metres thick. Since these salt layers are also several hundred metres below the earth’s surface, the sites are completely hermetically sealed from external influences and correspond to the original salt from 250 million years ago. Totally pure and unscathed, without any human contamination.

The jojoba bush thrives in semi-deserts and deserts. It is native to Mexico, California and Arizona in the Sonora Desert area. Jojoba is commercially grown in the USA, Israel, Egypt, Jordan, Argentina, Peru and Australia. Its ecological importance lies in the protection against soil erosion and in the creation of a favourable microclimate.

The clear, yellow to brown, jojoba oil, which is actually not an oil but a wax, has a subtle, slightly woody smell. It does not become rancid because it does not contain triglycerides (fats) and has a shelf life of up to 25 years. The melting point is about 7 °C, so it is the only liquid natural wax. It is also highly resistant to pressure and temperature. The liquid wax can also be hydrogenated to produce a hard, white, crystalline wax.

This extremely high-quality vegetable wax is used for cosmetic and industrial purposes. It is rich in natural provitamin A and vitamin E, cares for the skin due to its favourable fatty acid composition and is suitable for all skin types. It protects against dehydration without leaving a greasy film on the skin (since it is not an oil), it is slightly anti-inflammatory and has a very faint odour. It is used as a massage oil and in hair care. Jojoba oil has a natural sun protection factor of three to four and is therefore used as a base oil for sun oils.

Thus, jojoba oil is extremely stable against oxidation and contributes to the stabilization of oil mixtures, increases the elasticity of the skin and protects it reliably against moisture loss for a long time. 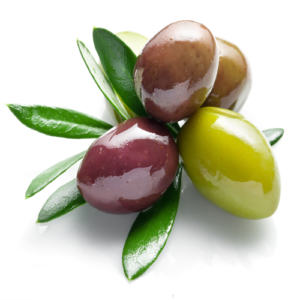 At Amberpharm, squalane is obtained from the unsaponifiable portion of olive oil. Squalane is a colourless and odourless oil which, due to its unsaturated state, absorbs oxygen from the air and polymerises easily. Squalane is an antioxidant that can be stored in higher concentrations in the body, higher even than most other comparable antioxidants. It is nowadays extracted from olives, or even from sugar cane from sustainable cultivation. In the past, squalane was made from the liver of sharks, hence the Latin name: “squalus” (shark).

Squalane has a hydrophilic property and thus keeps the moisture and reduces the water loss of the skin. This leads to an improved moisturized skin, in which fewer wrinkles can form. But not only that. The squalane acts much more like a vitamin and ensures that other skin-own lipids, i.e. fats, do not oxidize. Like vitamin C or vitamin E, squalane is an antioxidant. But what exactly does this mean for our skin? Free radicals are formed everywhere in our body. These molecules are extremely unstable and constantly on the lookout for reaction partners. In doing so, they cause all kinds of damage in the (skin) cells. Squalane can convert these free radicals into molecular oxygen – trapping and protecting our skin.

Squalane is called “natural” because it is one of the main components of our skin (sebum) with approx. 15 %. Sebum is the so-called sebum, which together with salt and moisture (water) ensures that our skin does not dry out and forms the acid mantle, or hydro-lipid film, on the skin. In addition, it also prevents the oxidation of the skin’s own fats and is easy to spread. Experts speak of the “spreading ability” (from the English: “spreading”). It improves the absorption of cosmetics and transports other active agents into deeper skin layers up to the “pure barrier”. 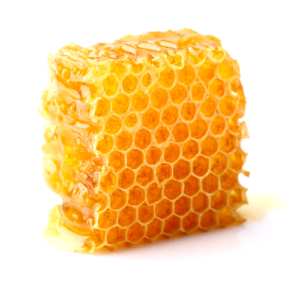 Natural beeswax is often found in cosmetics. Beeswax is a natural product of the bee, which sweats this wax out through its wax glands, so to speak. The wax platelets sweated out of wax glands by the honeybees are originally white in colour. The yellow colour is caused by the absorption of an ingredient of the pollen, the pollen oil, which in turn contains the natural dye carotene. To produce about one kilo of wax, it is estimated that the bees need about 6 kilos of honey. They use this wax in their hive for the structured construction of fine chambers, which later have different tasks.

In the past it was mainly used to make candles. Anyone who has ever seen these candles burning knows the warm light and the slightly sweet smell that such a candle gives off. In the hand it becomes already slightly soft and malleable by body temperature alone. Traditionally beeswax is used in medicine and physiotherapy as a heat pack for coughs, colds, pain in muscles and joints. Since ancient times, wax has also been used as an excipient in wax ointments or wax plasters. Today we use this natural product as an emollient to make the skin softer and more supple. At the same time we can easily define the feel and slightly the scent, for example of a cream over it.